Book One: DOMINIC GIANELLI wields his wealth and power silently but effectively. He is a man of rules, his rules, and he lives his life accordingly. When it falls to him, he is also a master of fates and he alone serves as judge and jury.  Prudent, in that he does not seek these situations, nor does he run from them, but faces them squarely and handles them with confidence and expedience.

When he enters a room, he owns it. The same is true when he meets PAIGE HAMILTON, the only daughter of an affluent Long Island family.  While Paige’s father, PAUL HAMILTON, has many misgivings about the relationship, he is powerless to stop the marriage. The Gianellis, though, welcome the union and claim Paige as their own. Despite their difference in age and background, Paige weds Dominic. She enters his life, his world, and she never looks back. 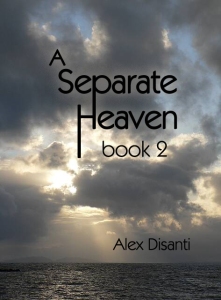 Book Two: Paige Gianelli, having learned a valuable lesson, and accepting the fact that security is a major issue with Dominic, is proving herself to be the asset the Gianellis had predicted.  This is particularly true of Dominic’s aunt, SOPHIA DISANTI, who has lived with the family in New York since the death of her husband, CARLO. Sophia sees her nephew as Carlo’s heir and her last and only tie to a glorious but tragic past in Italy. With the nephew’s marriage to Paige, Sophia’s hope is rekindled, for, in her mind, she now sees a chance for Dominic to rebuild what once was. She counsels and guides the young wife and Paige does not disappoint her.  Paige is, without question, devoted to Dominic and the family.

On a trip to Salerno, Paige is inexplicably accosted and questioned by two men whose identities and motives are unknown. HAROLD WALENSKI, the New York City D.A., who has tried in the past to tie Dominic to Mob activities, manages to get an indictment and a trial ensues. During the trial closely held secrets of the Hamilton family are revealed.

A truce is called when the couple’s first child is born, and for a while there is relative calm within the families. But, much to Dominic’s dismay, Paige is drawn further into the relationship with his aunt. Knowing that Sophia is the closest thing to a loving maternal figure that Paige has ever had, he is hesitant to interfere.

Paul Hamilton, his anger redoubled by what happened at the trial and by Dominic’s control over Paige, pays a visit to the D.A., whereupon they discuss how information shared could be mutually beneficial. But Paul Hamilton has no idea of the hornet’s nest he has stirred and no clue of the consequences. 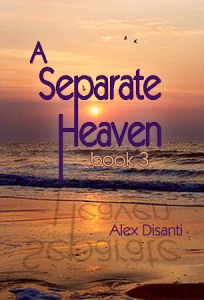 Book Three: The drama builds nonstop as Paul Hamilton’s betrayal of Dominic Gianelli fuels the D.A. to action. A fiasco of events causes Paige to fall ill and nearly costs her life.  Dominic later learns of the betrayal and the vile and duplicitous acts committed by his father-in-law and the D.A. A plan is carefully constructed, and over a period of months, revenge is exacted.